Thermography is a non-destructive test method that may be used to detect poor connections, unbalanced loads, deteriorated insulation, or other potential problems in energized electrical components. These problems may lead to excess power use, increased maintenance costs, or catastrophic equipment failure resulting in unscheduled service interruptions, equipment damage, or other problems. 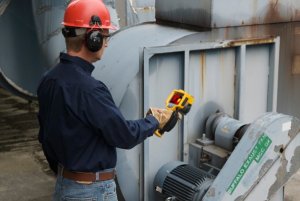 How does thermography work?

Thermography, also called infrared inspection, is based upon the sensing of heat emitted from the surface of an object in the form of infrared radiation. Test instruments are used to detect and convert the infrared radiation into either a temperature value or a thermal image, which can be used to assess the thermal condition of the object at the time of measurement. An infrared camera is one common type of an infrared thermal imaging device. 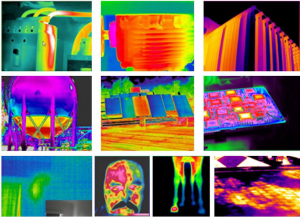 How can thermography be used to inspect electrical equipment?

Energized electrical systems generate heat because of electrical resistance. The amount of heat generated is related to the amount of current flowing through the system and the resistance of the individual system components and connections within the system. As components deteriorate, their resistance increases, causing a localized increase in heat. Similarly, a poorly made connection will have higher resistance than a well-made connection, along with a higher temperature profile. Thermography may be used to detect these temperature differences.

What are the benefits of thermographic inspection?

The National Fire Protection Association (NFPA) estimates that ten percent of the fires occurring in manufacturing properties are related to electrical system failures, such as failure of electrical insulation, terminals, and related components. Additionally, failures can cause employees to be exposed to live electrical circuits, making them susceptible to serious injury or death from electrocution. By detecting high-resistance connections and repairing them, the likelihood of a breakdown of the electrical wires and related components should be reduced.

Other advantages to detecting and repairing these faults are the cost savings from energy conservation and lower outage and repair costs. High resistance in circuits causes an increase in current flow. When current flow is increased, the resulting power consumption will increase. Further, high current draw can cause critical electrical circuit components, such as fuses, circuit breakers, and transformers, to fail prematurely. These failures result in higher maintenance and repair costs, and resultant business interruptions.

Who may perform thermographic inspections?

A company may perform thermographic inspections in-house or hire a consultant. Because thermographic imaging equipment is complex, persons performing evaluations require special training. In addition, there is a potential for exposure to “live” electrical components. As such, unless the company is large or sophisticated, these inspections are commonly performed by consultants. The American Society for Non-Destructive Testing has developed a certification program for thermographers that can be used for training staff or evaluating consultants.

The Occupational Safety and Health Administration (OSHA) addresses work on live electrical components in Subpart S of the General Industry Standard. Specifically, 29CFR1910.335(a)(1)(v), states that “Employees shall wear protective equipment for the eyes or face wherever there is danger of injury to the eyes or face from electric arcs or flashes or from flying objects resulting from electrical explosion.” Article 130 of NFPA 70E, Standard for Electrical Safety in the Workplace, provides details on the level of protection required based on the arc flash potential present.

When is a thermographic scan needed?

While all properties can benefit from a thermographic scan, those with high power consumption, multiple branch circuits and distribution subsystems, or heavy equipment have the greatest need. Businesses with high electrical demands should have a thermographic scan performed at least annually on critical systems, such as circuit panels, switchgears, and transformers. Based on the scan results, a schedule to rescan should be based on the types of equipment, power consumption, and age of the electrical systems. A qualified electrician can assist the property owner in determining what and how often to conduct scans.

NFPA 70B, Recommended Practice for Electrical Equipment Maintenance, published by the NFPA, provides a listing of maintenance and equipment testing intervals in Annex L. In addition to these recommended intervals, some conditions and circumstances may specifically warrant a thermographic scan. These include: 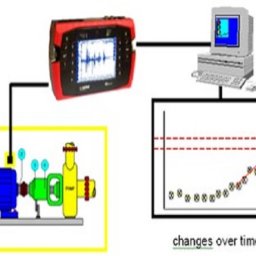 The Importance Of Condition Monitoring For Industrial Equipment

Industrial equipment is a major investment for any company to make. Keeping that equipment up and running is critical. Establishing… 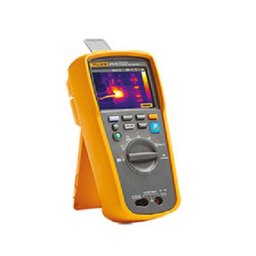 Infrared Scanning of electrical installations falls under classification of Predictive Maintenance Fault Finding. The value is that we are now…